With only 4 days to go, the Christmas spirit is surging through our veins and we’re getting very excited about the arrival of Santa Claus and the New Year’s celebrations that will follow. With that in mind, we’re running our Holiday countdown, looking back on a new release for 2019 and an ‘old favourite’ every single day.

Yesterday we delved into the first single cask whisky release in the Yamazakura 963 range and the Hakushu 12 Year Old. If you missed out on that and want to catch up, click here.

Today, we’ll be looking at a whisky that is very close to our hearts – The Kigai, and one of the most successful Japanese whiskies of all time – the Hibiki 17 Year Old. If you read right to the bottom, there may even be a sneaky discount code in it for you (or you can skip to the end if you’re that way inclined). 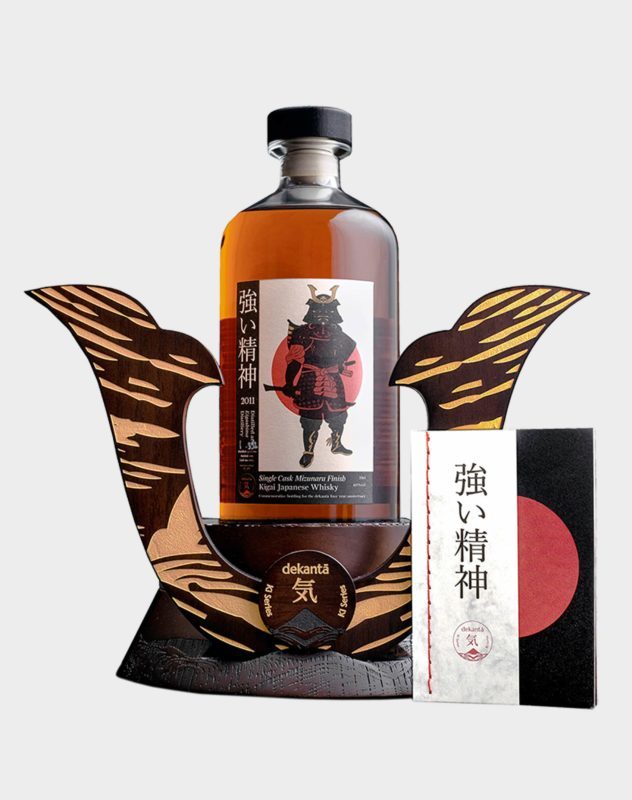 There have been a number of huge milestones for Japanese whisky in 2019, and The Kigai pays homage to two of them. Firstly, it was released at a fabulous event in Tokyo put on to celebrate our 4th anniversary, and secondly it was distilled at the Eigashima distillery (Akashi White Oak), the first in the whole of Japan to be granted a license to distil whisky all the way back in 1919 – 100 years ago.

Eigashima’s history is actually far longer than what their whisky license suggests, they have been producing sake since 1679 and are widely renowned for their wonderful expressions, picking up a huge number of awards. Once they got their whisky license, it took them nearly 40 years to actually release an expression to the Japanese market, however their obtaining of said license certainly set the ball rolling for Japanese whisky, making it a milestone worth celebrating.

It was this that made Eigashima the perfect whisky for our dekanta 4th Anniversary release, but we weren’t just happy with any Akashi White Oak whisky, it had to be special.

In order to achieve this we got our hands on two truly special casks – one that used to house Port Ellen whisky, and a top quality Mizunara cask that we would use for finishing.

Firstly, we took the whisky to Scotland and placed it in the Port Ellen cask for 6 years. For those that don’t know, Port Ellen is Scotland’s most famous and prized silent distillery, with their remaining stocks going for huge sums at auction houses today. The cask brought gentle notes of Islay peat smoke and sea salt to the whisky, which married perfectly with the fruity, floral tones of the Eigashima whisky.

Once we were happy with it, we took the whisky back to Japan and placed in Mizunara oak to add an extra depth of complexity to the spirit.

Buttered toast, lemon zest, dry cereals and pineapple are apparent on the nose before sweet poached pears, fruit pastilles, sugared almonds and chilli jam make themselves known on the palate. The sweetness is balanced by gentle hints of peat smoke, wasabi and subtle incense before the smoke builds on the finish.

It’s a wonderful whisky that is only complemented by the stunning “Shogun” design and bottle stand, making it a must have for collectors. Only 352 bottles were produced and while most have sold out, a few do still remain so you can still get your hands on one for the time being. 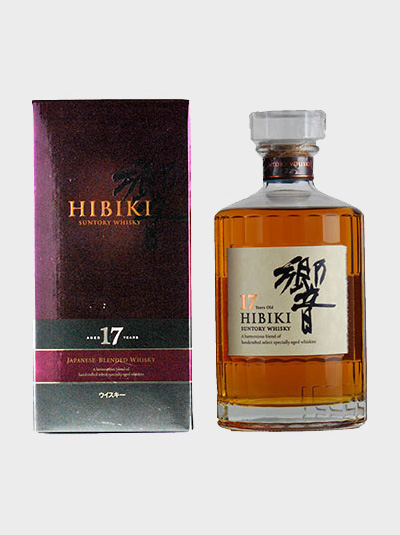 From one magnificent whisky to another, our ‘old favourite’ for the day is the Hibiki 17 Year Old. This is an exquisite blend that has firmly cemented its place in the hearts of Japanese whisky enthusiasts around the world, while picking up an impressive number of awards along the way.

This is owed to the intricacy, complexity and unparalleled balance of this outstanding expression – often correctly described as bringing ‘perfect harmony’.

Initially released in 1989, it experienced a relatively quiet existence in its early life, gaining some popularity in local markets but remaining largely unknown on the international stage. It was only once Japanese whisky exploded in the early 2000s that this expression would be propelled to worldwide popularity.

It brings a relatively full character, with sweet honey, resin and varnished oak being apparent on the nose before elegant notes of candied peels, buttered toast and dark chocolate come through on the palate. The finish is long, fruity and rich and tops the whole thing off in the perfect way.

It’s a truly phenomenal drinking experience and the whisky has been deservedly honoured for its quality at drinks competitions around the world. Perhaps its most notable achievement is winning four Gold Medals at the International Spirits Challenge in 2009, 2012, 2013 and 2016.

Sadly, due to the on-going whisky shortage, Suntory were forced to discontinue the Hibiki 17 Year Old, with the last bottles to be released in 2019. This means that we can expect supplies to dwindle at a rapid rate in the coming months and years, however there is some stock remaining for the time being, so if you want to get your hands on one it’s worth acting quickly.

That’s all for today but be sure to come back tomorrow when we’re taking a look at The Essence of Suntory Volume 3 and the Taketsuru Pure Malt 17 Year Old.

BONUS: Order The Kigai and/or the Hibiki 17 Year Old today and save 10% with promo code: “KIGHIB”. Just add one or both to your cart and enter the code at the checkout.