Founded in 2016, Nagahama is Japan’s smallest distillery, situated next to Lake Biwa, Japan’s largest freshwater lake. They produce a spirit as crisp and elegant as the distillery’s surroundings and are one of the fastest rising craft distilleries in all of Japan.

Earlier this month, the distillery announced the up-coming release of their first single malt expressions, scheduled for May 19th. Before we delve into each of the new expressions, let me give you a bit of background info on the exciting and hugely promising distillery. 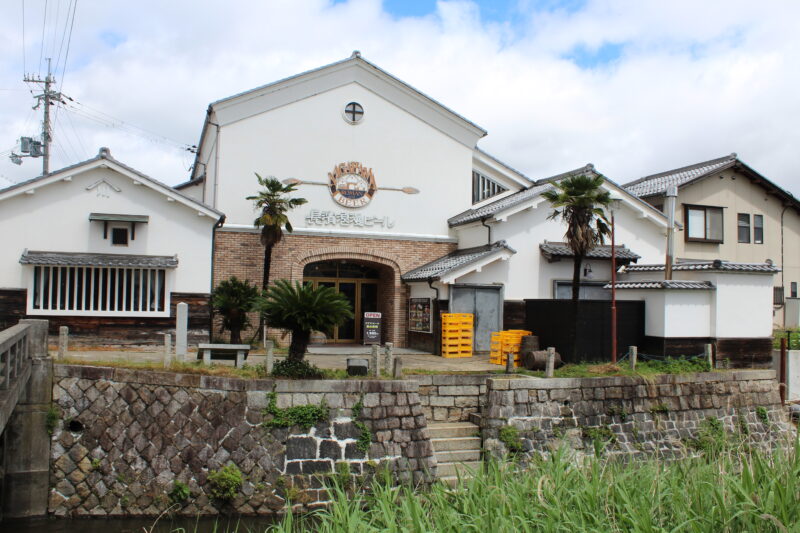 The story of Nagahama stretches back to around ten years before they distilled their first whisky.

In 1996, after the Japanese government loosened restrictions concerning beer production, the Nagahama Brewery was born, and they began producing craft expressions, including IPA, British Ale and wheat beer. Their beers quickly took off in the local area and around the country and Nagahama became known as one of Japan’s best craft breweries almost overnight.

Not happy with a successful brewery, those at Nagahama were keen to continue progressing in the drinks industry and they saw the Japanese whisky boom as a great opportunity to do so.

Moving into whisky isn’t a decision that should be taken lightly, given the precision, care, time and effort required to make good expressions. However, Nagahama were perhaps better positioned than most to make this jump, with their experience in brewing, which has some cross-over with whisky distilling.

Distillers, like brewers, start by fermenting grain to release sugars. The differences in the production process arise when brewers then add hops before allowing the liquid (known as wort) to run off the grain, before adding yeast. Whisky producers, on the other hand, leave the sugary grain in the wort, before adding yeast and creating “wash” which is then distilled.

While there are obvious differences in the process, the number of parallels has no doubt given Nagahama a leg up when it comes to whisky production, allowing them to simply alter their already well-practiced beer production process to create elegant and crisp whisky expressions.

This may sound very easy, but I can assure you, while it definitely helps to have experience in beer production, creating a quality whisky is no mean feat. Thankfully Nagahama appear to have put in the time and effort required to create quality whisky and the results speak for themselves. 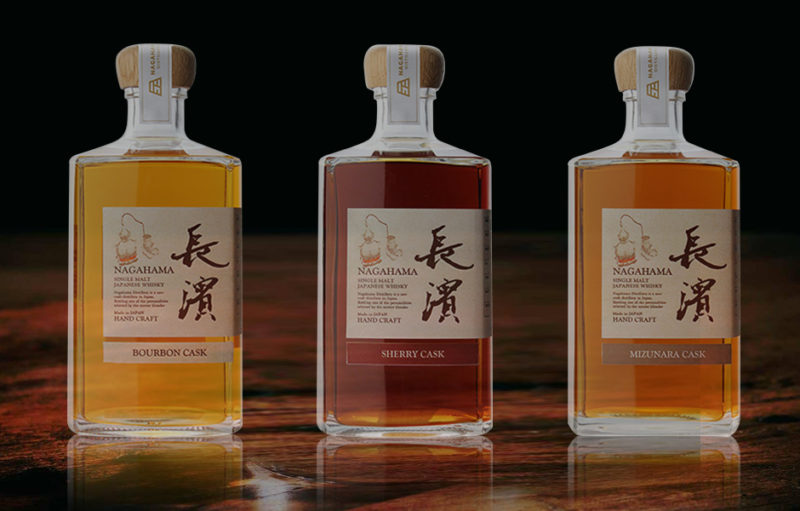 Thus far, the Nagahama distillery have released several expressions of new-make that allowed us to experience their whisky-making journey, as well as an award-winning world blended expression created with some of their own malt whisky and matured in Mizunara oak.

The experts at Nagahama clearly already know their way around whisky production, with everything they have created so far being of the highest quality, and that has us very excited for the upcoming single malt releases. The distillery has announced three single cask single malt expressions, all of which will launch on May 19th, so let’s take a closer look. 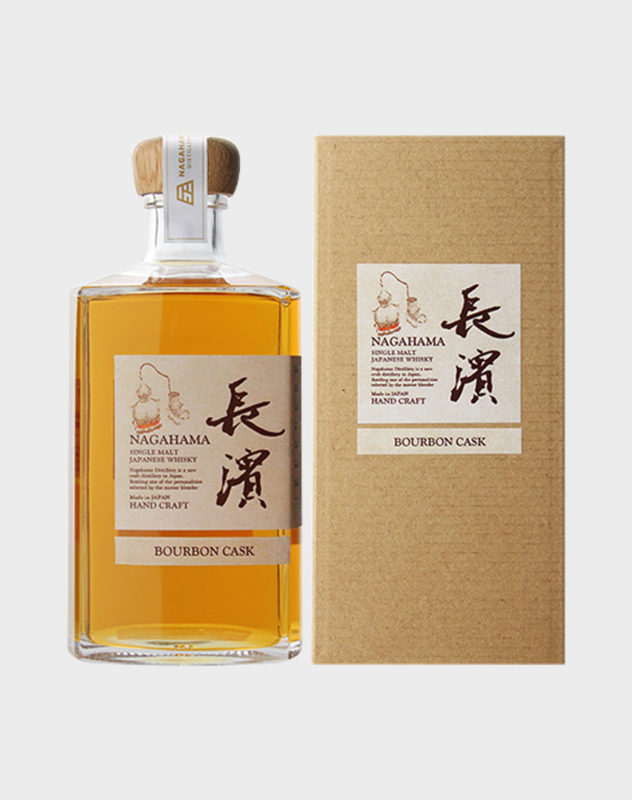 Matured in a bourbon cask, this one allows you to fully explore everything that the Nagahama distillate has to offer. It brings sweet vanilla, hints of coconut, honey and oaky and malty aromas on the nose, before wood spices, juicy apples and fresh pear appear on the palate.It’s an elegant, soft and delicious single malt that is a shining example of just how good the distillery is, even at such a young age. 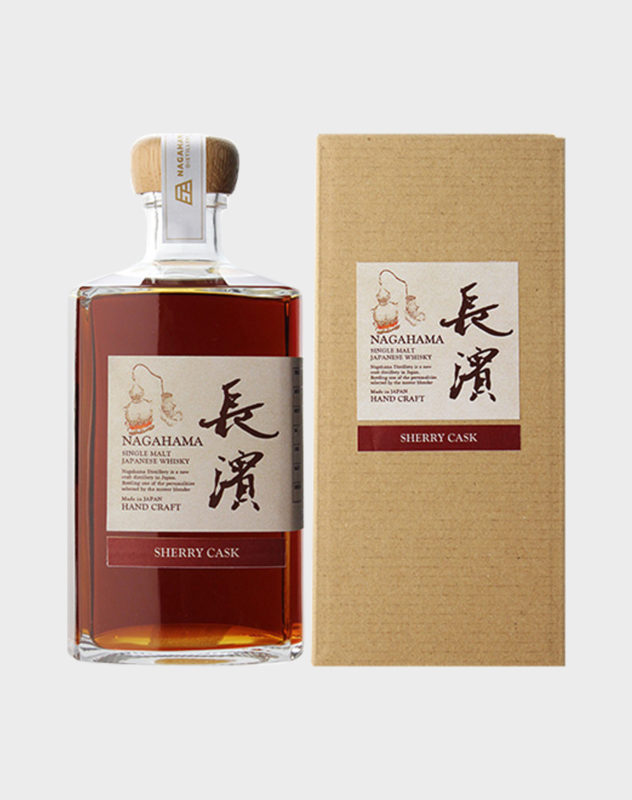 Matured for one year in a bourbon barrel, before being transferred to a top quality Oloroso Sherry quarter-cask for the following two years, this one brings dried fruits, maple syrup, raisins, sugared almonds and hints of vanilla and on the nose, before stewed fruits, red berries and oaky spices make themselves known on the palate. The finish holds for a long time, with more oak and spices being the stars of the show. This is a really well-crafted and complex whisky that is best savoured. If you’re a fan of sherry cask whisky, this one will no doubt delight your nose and palate. 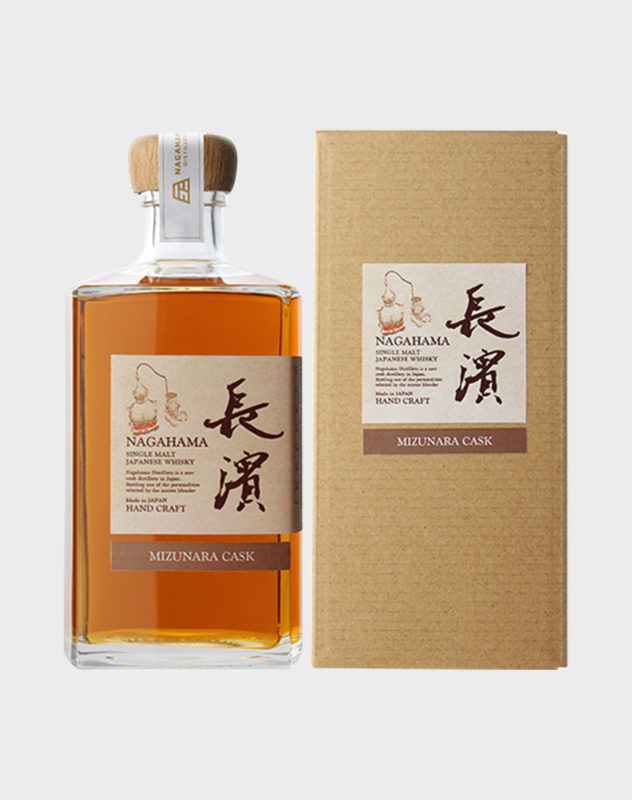 This one is a peated single malt that has spent 3 years in a virgin Mizunara cask. It’s elegant on the nose with notes of fresh flowers and oriental incense, before a deep woodiness, bitter dark chocolate and a range of gentle spices make dance on the palate. The finish brings hints of fresh fruits with just a whiff of peat smoke lingering in the background.This is a really deep, elegant and flavourful whisky that showcases the distillery’s ability to produce quality peated spirit as well as non-peated spirit.

Nagahama have done themselves proud with their first ever single malt whisky releases, showcasing a wide variety of skills and techniques to create expressions that deliver on the nose, palate and finish. Those behind the distillery are clearly set on making each and every expression the best that it can be and that bodes well for the future.