Opened by the Nikka Company in 1969, Miyagikyo lies to the south of its sister distillery, Yoichi, on the main Island in Japan, close to the city of Sendai, whose name the distillery sometimes adopts. Rather like Yamazaki, the distillery sits next to the confluence of two rivers. So it was surely no coincidence that Taketsuru Masataka, the founder of Nikka, travelled to the location when looking for another ideal site to build a distillery and decided that the pure waters and temperate humidity would be more than a perfect to complement to the already well established and regarded Yoichi.

It is said by many Japanese whisky enthusiasts that Miyagikyo has a refreshingly fruity and floral character, due to the addition of a boil ball within the pot stills. The distillery also owns several Coffey stills, which in the past have produced some very exciting grain whiskies of the highest quality.

The distillery also houses several Coffey stills, which create Nikka’s extremely popular Coffey Malt and Coffey Grain expressions, among other grain whiskies. Most recently, the company has added the new Coffey Gin and Coffey Vodka to the range, after 3 years of white spirit experimentation and adjustment at the Miyagikyo distillery, since 2014. 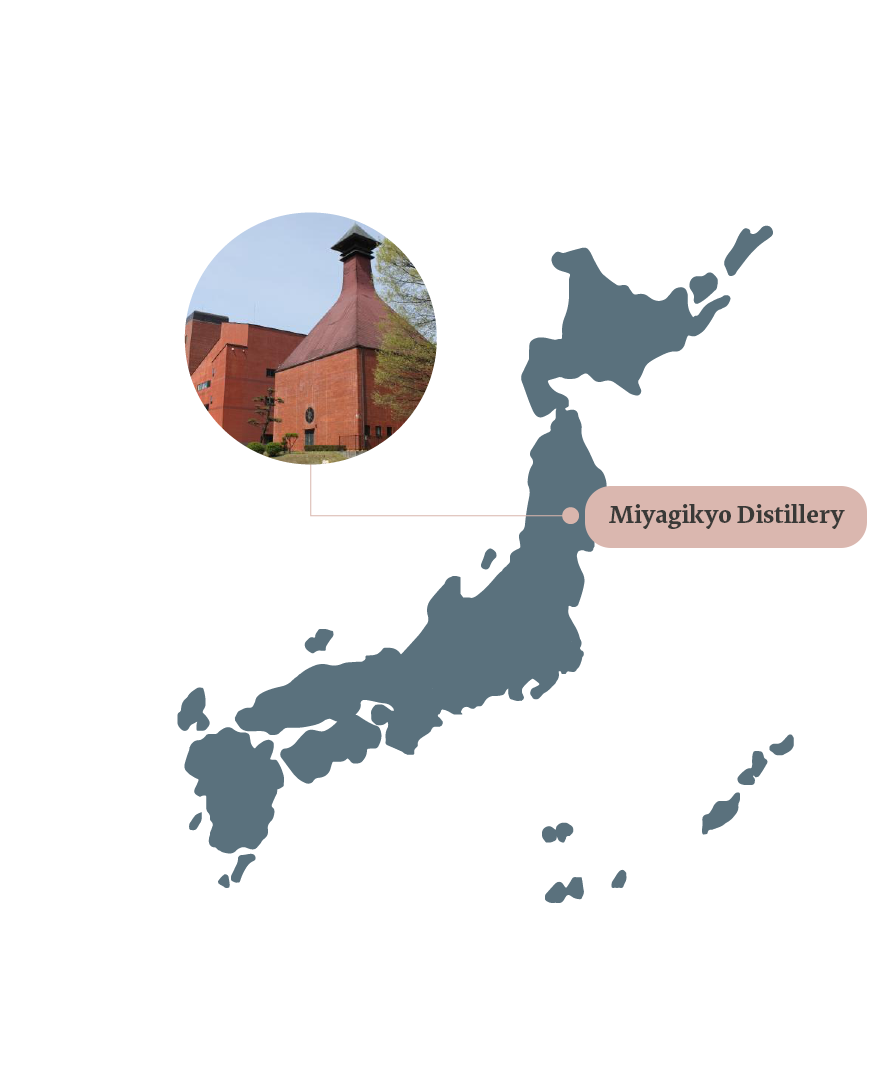 History Of The Miyagikyo Distillery

Thus in 1934, Masataka established Nikka Whisky and built its first distillery in Yoichi, Hokkaido, which — though inconveniently located — he had always considered to be the ideal Japanese whisky-making site, similar in many ways to tthe couplehe Scottish town where he had studied.

How To Find The Miyagikyo Distillery

Tours Of The Miyagikyo Distillery

There are two types of tours available at the Miyagikyo distillery – Guided and Self-Guided. Both types of guide are free of charge. Please see the two sections below for details on each type.

Nikka All Malt (No Box)