We’re now over half way through 2019 and what a year it has been so far. We’ve tasted some fantastic whiskies, released a number of exciting exclusives, delivered tens of thousands of bottles of Japanese whisky to happy customers around the world and celebrated our 4th anniversary in style in Tokyo. The fact that we’re more than halfway through the year is quite frightening, but as they say – time flies when you’re having fun.

This year has also been a good one for Japan’s smaller distilleries. Buoyed by the crisis facing the drinks giants out in front, they have made up ground by releasing a number of excellent expressions that have tantalised our taste buds. There is obviously a lot more to come from the likes of Akashi, Chichibu, Akkeshi and Nagahama and we can’t wait to see what they’ve got in store for the second half of the year.

So, with so much going on already this year, we thought now was as good a time as any to look at the Best selling Whiskies so far. Without further ado, let’s get into it. 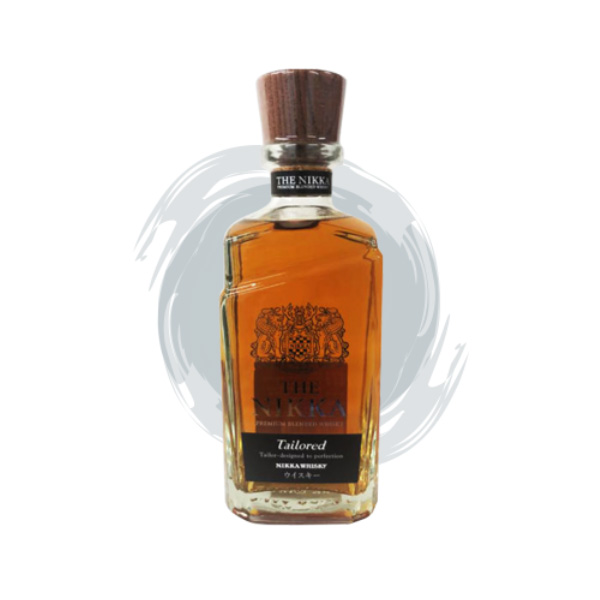 When the news that the much-loved Nikka 12 was one of the victims in a spate of discontinuations by Nikka, whisky fans waited with bated breath to see what the drinks giant would release in its place. The Nikka Tailored is that whisky, and it’s a beauty.

Despite some initial concerns about the lack of an age statement, likely due to the on-going Japanese whisky shortage, opinions quickly changed once fans and critics got a taste of the liquid.

A blend of some of the finest single malts and grain whisky from Nikka’s Yoichi and Miyagikyo distilleries, it brings the perfect balance between the heavy, fuller qualities of Yoichi whisky and the gentler, floral smells and flavours of Miyagikyo whisky.

Vanilla, sweet caramel, hibiscus, coffey grain and cocoa powder are all apparent on the nose, with hints of peat, dried fruits and cookie dough on the palate. All the while subtle notes of tropical fruits linger in the background.

All in all the Tailored is a wonderful release and worthy replacement of the Nikka 12. 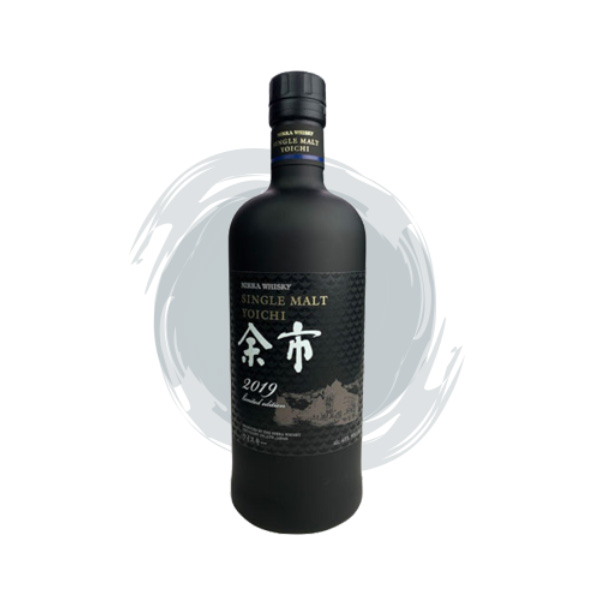 Coming in at number nine we have another release from Nikka, this time a single malt expression created at their Yoichi distillery. The first of the two Nikka distilleries to be built, Yoichi is situated on the island of Hokkaido in the far north of Japan. The location was chosen by Nikka founder Masataka Taketsuru due to the climate there being similar to that of Scotland.

This premium single malt brings everything we have come to expect from Yoichi – full-bodied spirit with hints of sea-air, peat and rich dried fruits. It’s all delivered in a seamless, smooth and well-rounded fashion, as the notes compliment each other on your nose and palate. This one has a long and bold finish, with building peaty notes lingering for some time.

What’s more, this whisky doesn’t just taste incredible, it also comes in a stunning matte black bottle that has the outline of the distillery displayed in contrasting white. This, combined with the elegant wooden box, means that this is an expression that will stand out in a crowded whisky cabinet. 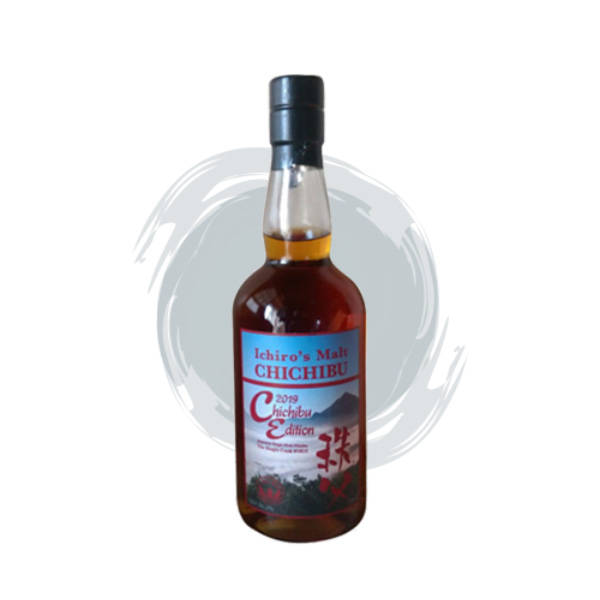 There have been some outstanding releases from Ichiro’s Malt and Chichibu over the past decade and they have helped to propel the relatively new distillery to the forefront of the Japanese whisky industry.

This single cask release is our favourite of 2019 thus far from Chichibu. Matured for around 9 years in a cask that previously held rum, it offers a fresh take on the exemplary whisky being created there, showcasing a range of notes unlike any we’ve seen in their expressions to date.

With only 622 bottles produced, it’s a highly limited single malt whisky that you’re not likely to forget in a hurry. 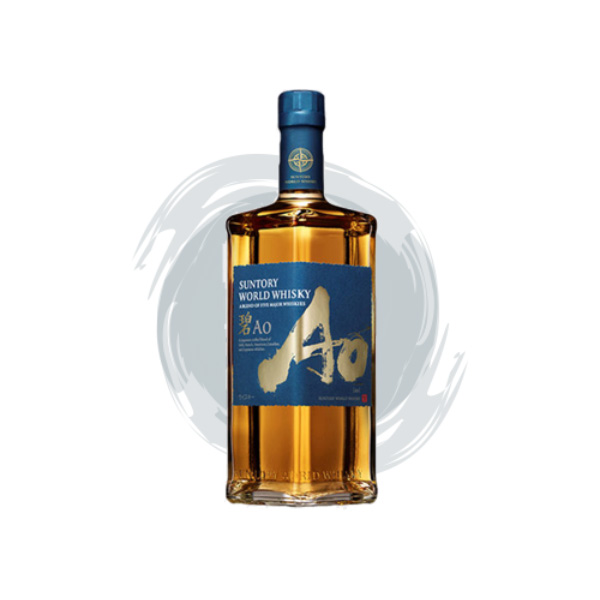 There was much hype surrounding this whisky before its release and it certainly does not disappoint. While it’s not actually a Japanese whisky, we feel that its quality, balance and smoothness means this innovative expression is more than deserving of a place in our top 10.

With the Japanese whisky shortage looming large, many whisky producers are now exploring the world blend category. The Suntory Ao is created from top quality whisky sourced in Japan, Scotland, Ireland, Canada and the USA. While we don’t know exactly what distilleries the whisky comes from, it doesn’t really matter, as the final product is simply delicious.

The aromas and flavours are impeccably well balanced and it’s clear that Suntory’s master blenders have spent a good deal of time and effort perfecting them. Coming packaged in a beautiful five sided bottle, made to represent the world’s five largest whisky regions, it’s one that not only tastes brilliant, but looks the part too.

The Suntory Ao is a groundbreaking and innovative expression that have served to firmly cement world blends on the world whisky map and we’re excited to see where the potentially huge category goes from here. 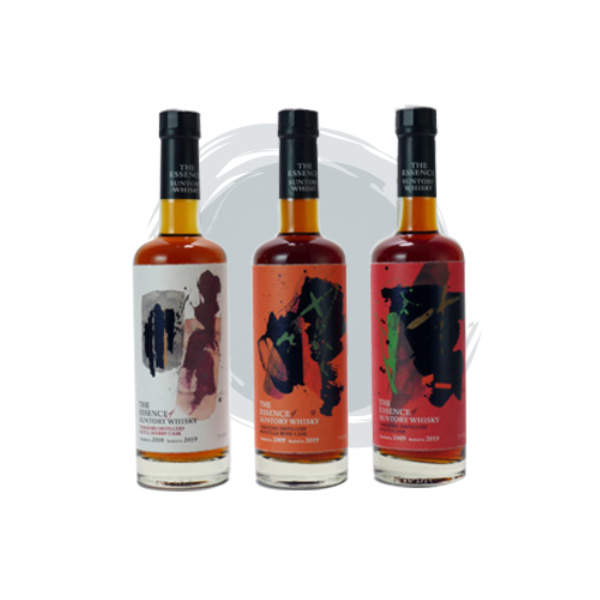 Following on from the success of the Essence of Suntory 2018 set, the 2019 edition brings more incredible whisky, design and all-round beauty to your whisky cabinet.

Unlike last year’s set that included three whiskies from three different distilleries, all three whiskies in this year’s edition were produced at the hugely popular Yamazaki distillery.

In order to explore the effects of cask type on the incredible spirit produced at Yamazaki, the expressions have been matured in refill sherry, new Spanish oak and Montilla wine casks respectively. They all deliver something slightly different, with obvious notes imparted by the casks merging with the notes of citrus fruits, winter berries and gentle spices that we have come to expect from Yamazaki.

If you’re a fan Japanese whisky, and Yamazaki whisky in particular, we cannot recommend this collection highly enough. You will not be disappointed. 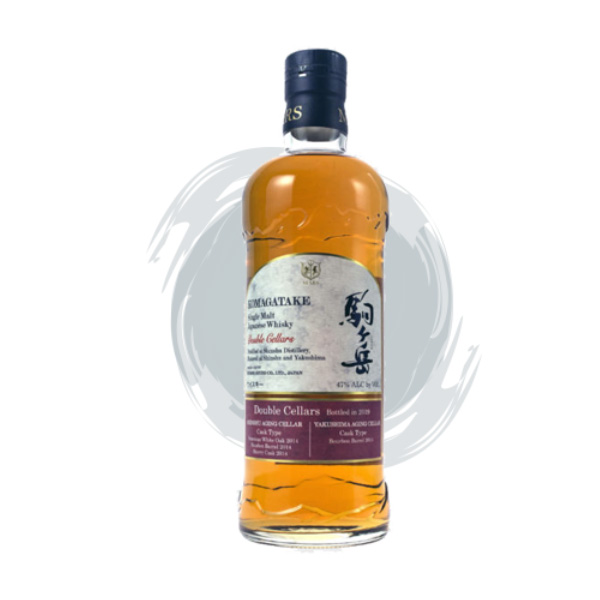 One of a number of lovely releases from Mars this year, the Double Cellars Komagatake is a delectable expression created by marrying a number of casks matured at the Shinshu distillery – namely a sherry cask, bourbon barrel and American White Oak cask – with a bourbon barrel matured at the Yakushima ageing cellar. The liquid in all of the casks was produced at the popular Mars Shinshu distillery.

The nose brings bitter chocolate, vanilla and sweet apricot before the palate follows up with gentle spices, cookie-dough, gentle sea-salt and tasty citrus notes. The finish is long with lots of vanilla and spiced oak. It’s an all-round fantastic expression which once again proves what Hombo Mars are capable of. 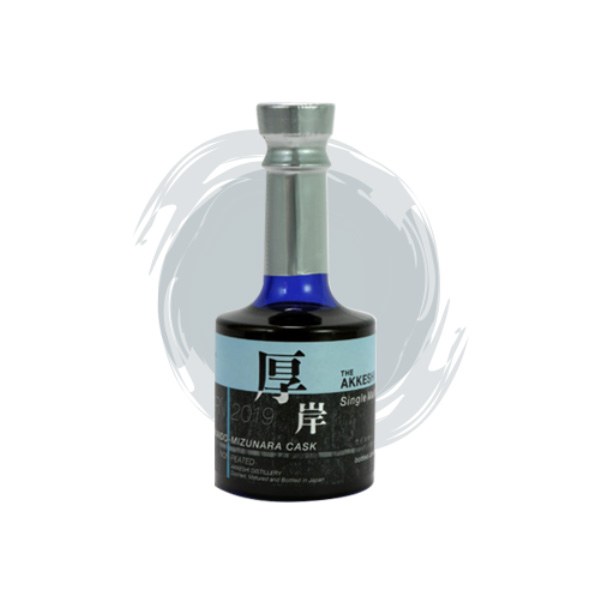 The Akkeshi New Born Foundation range may not be instantly recognizable unless you’re an avid follower of Japanese whisky, but once you’ve tried the expressions you certainly won’t forget them in a hurry.

The New Born Foundation 3 follows on from the successes of its two predecessors with an exquisite range of smells and flavours that come to life in your glass. Matured in Mizunara wood sourced locally in Hokkaido, it brings hints of sandalwood, vanilla and pine-tea on the nose, followed up by juicy citrus, milk chocolate and caramelised brown sugar on the palate. It’s a complex and flavoursome whisky that affirms Akkeshi’s growing stature in the Japanese whisky industry.

The next iteration in the series, the Akkeshi New Born Foundation 4, releases in August of this year and is now available for pre-order right here. 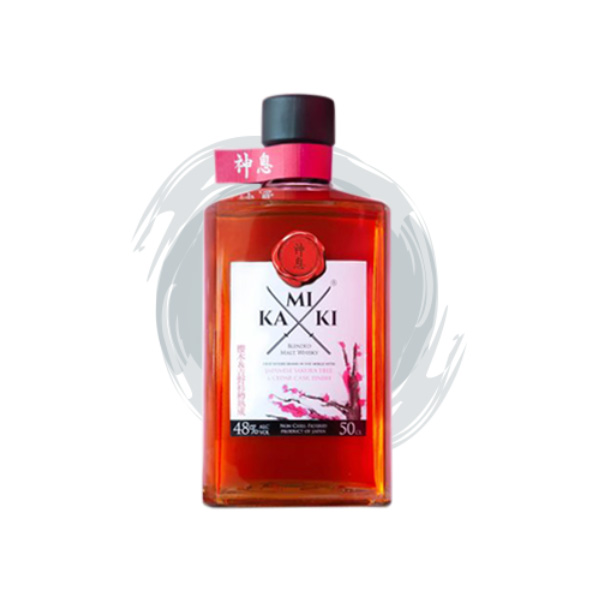 The Kamiki Sakura follows on from the successes of the ‘Original’ and ‘Intense’ expressions from 2018 and it does so in style. The first two releases from Kamiki were the first whiskies to be matured in Japanese cedar wood, and this time they have taken it one step further. The Sakura expression has firstly been matured in cedar wood before being transferred into casks made from the famous Japanese Sakura tree, or cherry blossom as it is more commonly known.

The tree symbolises the beginning of Spring and is intrinsically connected to “mono no aware”, a Japanese term for the awareness of impermanence, or in other words – mortality. The gorgeous tree can often be seen in Japanese art, manga and film and it has been an important symbol in the country for some time, highlighting the fact that nothing lasts forever and that one should live in the moment.

It has had a profound effect on this whisky and helped to create an expression that is both unique and mouth-watering. On the nose it brings ripe banana, candied chestnuts, cinnamon and hints of pine. As you continue to sniff, there’s a distinct warming woodiness that reminds one of a sauna. These combine with a centre palate woodiness, sandalwood and gentle spice, before sweet cherries cut through the more savoury notes, leading to a floral, spring-like finish. A little water brings out hints of hibiscus and Turkish delight, with lingering peppery notes that all mingle in the most elegant of fashions. 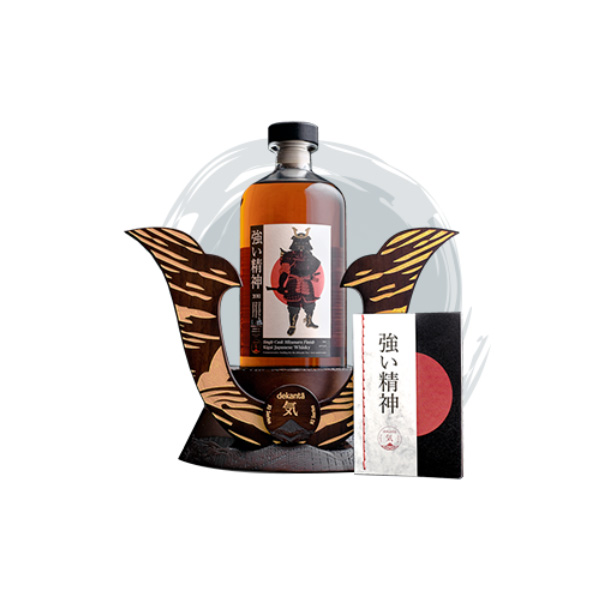 From the intricate design to the obvious effects of each cask type, the balance on display and the meaning behind the expression, I love everything about this creation.

Distilled at the Eigashima (Akashi White Oak) distillery, the liquid was then left to mature in a cask that used to house whisky from Scotland’s long lost Port Ellen distillery. After 6 years maturing, it was transferred into a Mizunara cask for a finishing period that has served to add a certain level of depth and complexity to the spirit. This journey from Japan to Scotland and back again celebrates the century old bond that the two countries share, born out of a love for the water of life.

With spiced oak, mellow peat, citrus fruits, dark fruits and a number of lingering spices on the nose and palate, it’s a whisky that has plenty to be explored, should you decide to open it.

This all comes packaged in stunning bottle, featuring a Japanese Shogun, that sits atop a hand-made stand created to symbolise the Shogun’s helmet. The design is incredibly Japanese, just as it should be in a year as important to Japanese whisky as any – 100 years since the first whisky distillery license was granted, to none other than Eigashima, the exact same place that this mouth-watering expression was created. 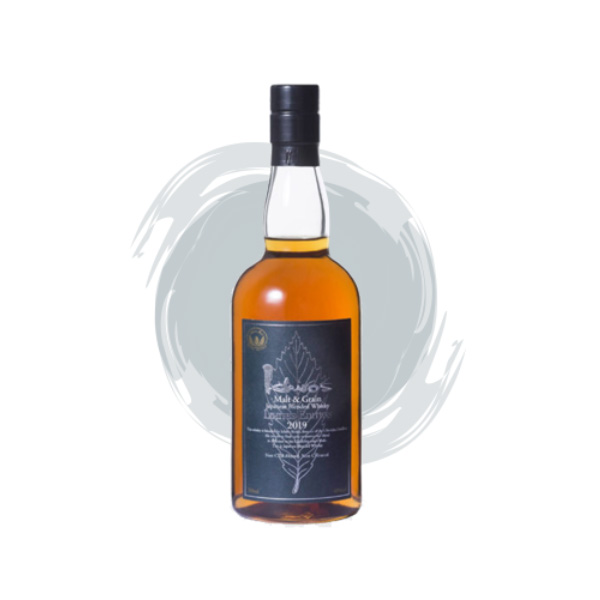 In recent years, Ichiro’s Malt, led by Japanese whisky legend Ichiro Akuto, have been responsible for releasing some of the best expressions to ever come out of the country.

After the closure of Hanyu in 2002, Akuto brought his family’s distillery back to life by purchasing most of the remaining casks. He then built the Chichibu distillery in 2004 and they started producing new whisky in 2008.

Hanyu and Chichibu single malts are now some of the most sought after expressions on the market, but it’s the label’s annual limited edition Blended Japanese Whisky that’s been shining at the World Whiskies Awards. Both the 2018 and 2019 expressions won “World’s Best Blended Limited Release” in their respective years after impressing judges in the blind tasting.

Created by blending Chichibu single malt with carefully sourced casks of grain whisky, it brings unparalleled smoothness, subtle spice, a gentle fruitiness and sweet honey. It’s a masterfully balanced whisky and that should come as no surprise. This is another absolute triumph from Ichiro’s Malt and I’m already excited for next year’s edition.